After packing away everything that was mine, I turned for one last time to look at my machine.  I had driven that car for all my time in California to date.  It was MY car.  All paid for and all mine.  I had been over every inch of that car and had sweated quite a bit to keep it going, and go it had.  At the time I was driving a Buick Skylark that I had borrowed from a friend.  The difference between those two machines could not be more striking.  I really missed the qualities of this car.   Whatever its problems, and problems it did have, it was MY car.  Even the way the finish had begun to fade, and the rust ate through the windshield frame all lent it an air of individuality.


15 November 2020 Note:  This "Dead Golf" series of pages are about the very first webpage I ever worked up.  Meant for use on my GeoCities website their formatting was... current... for the day.  Now, more than a quarter century or so later, I decided it was time for a wee bit of updating.

As an example of the difference, "tiling" images was considered pretty cool back in the '90s when I worked this page up.  I used a Paint Shop Pro saturation filter to alter one of the pictures of my Dead Golf and set that as the tiled background.  Cool stuff indeed!  But it also made the page itself damn hard to read.  I've learned a few things since then.  One of which is that, while the image below that I used for the background tiling was cool it didn't - and doesn't - work for a legible document. 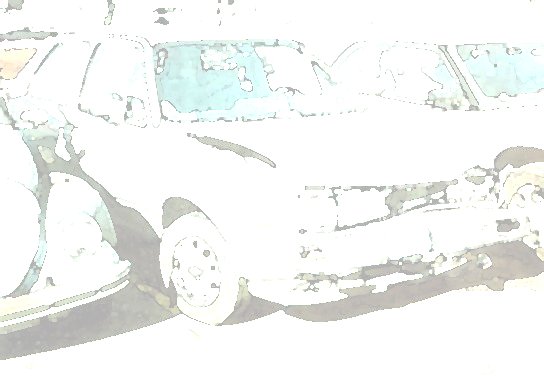 If you would like to learn more about me – just ask!   Drop me a line and we’ll see what happens.  I can be reached
here at: madoc@madoc.us.